Members of self-managed super funds, the favoured superannuation choice of SME owners, are particularly vulnerable to mistakes, mismanagement and dishonesty by other members of the fund – mostly their spouses and adult children.

These incidences are often not revealed until the ATO acts against the fund, marital or de facto relationships between members fail, a member switches funds, or a member retires or dies.

At worst for unwitting members, fund assets go missing or the Tax Office strips a fund of its complying status for breaches of superannuation law. A fund that is declared non-complying – an action mainly aimed at serial offenders – can lose almost half of its assets in penalty tax.

“I know a lot of self-managed fund trustees who don’t take care of their fund to the extent they should,” says Chris Malkin, principal-in-charge of superannuation audit services for WHK Melbourne. Malkin signs-off on the audits of thousands of self-managed funds each year.

“These trustees normally are not trying to circumvent the law; it is pure laziness in the housekeeping of their funds,” Malkin emphasises.
Smart strategies for fund members to minimise the chance of losing much of their retirement savings through mismanagement, serial compliance breaches or dishonesty include:

1. Don’t let one fund member dominate all of the investment and administrative decisions for your DIY fund

Unfortunately, this domination is a characteristic of most self-managed funds.

The Tax Office, as self-managed fund regulator, readily concedes that the vast majority of DIY funds comprise husband-and-wife members with one typically being dominant in the running of the fund.

Apart from signing documents thrust in front of them by the dominant member, the passive member usually has no involvement with the fund.

Under superannuation law, all DIY fund members must be trustees or directors of a fund’s corporate trustee. Yet passive member/trustees usually do little to safeguard their interests.

“A self-managed fund is a trust and trustees should have open access to information in the fund – and they have a legal right to have their say,” he emphasises.

“Trustees should take a collaborative approach to the running of the fund; it is there to provide retirement security for all of the members.”

2. Keep a close watch on your fund’s activities, assets, value and bank account

Understand why a key asset may no longer be listed as a fund asset – it may have been transferred into another member’s name without your knowledge.

Family lawyers and forensic accountants sometimes find that assets have been transferred into a spouse’s name in an effort to prevent it being included in the pool of assets in a marital property settlement.
In other instances, one of the fund members may have been casually and illegally intermingling fund assets with his personal assets to the detriment of other members.

Know what assets your fund owns and closely follow how those assets are performing. Also, ensure that any contributions deposited in your fund’s bank account are still in the account or have been invested for the fund with your agreement.

Malkin believes that many self-managed fund trustees rely too heavily on their paid advisers and other service providers without taking enough interest themselves in their super. “I encourage my clients to monitor their self-managed funds on pretty much a daily basis.”

3. Make sure you really agree with your fund’s compulsory investment strategy

Make sure that strategy is being followed to the letter. This is “absolutely” necessary, says Malkin.

You should be alarmed, for instance, if your fund is making investments that are inconsistent with your objectives. Further, you should insist that the investment strategy is regularly updated to reflect your changing circumstances and wishes.

“There is not much point in having a plan [investment strategy] if you are not going to stick with it,” says Peter Burgess, technical director of the Self-Managed Super Fund Professionals’ Association of Australia (SPAA). And Burgess stresses that investments outside a fund’s strategy may expose members to additional risks.

SPAA encourages those establishing self-managed funds to obtain financial planning advice on the creation of their funds’ compulsory investment strategy.

Burgess warns that without an investment strategy, a fund may find it hard to demonstrate to the ATO that investments are being made for the sole purpose of providing retirement benefits.

Such an adviser should tell you whether your self-managed fund is performing competitively, whether it is taking excessive risks for the members’ risk profiles, and whether the fund is on track to producing your expected retirement income.

If you can’t convince the other trustees to seek this advice on behalf of the fund – and therefore share the costs – you should think about obtaining it for yourself.

It should be emphasised that the adviser should be trusted and should be of the highest quality. Horror stories still emerging from the GFC underline the dangers of using an adviser who adopts high-risk strategies that do not reflect the tolerance to risk of individual clients.

5. Closely check your fund’s annual audit report as well as its combined regulatory and tax return

For instance, look for irregularities that have been highlighted in previous audit reports yet remain unrectified. And closely read any contravention reports from the auditor to the ATO.

“If you find anything amiss,” suggests Malkin, “talk to the auditor, accountant or financial planner. It’s your money; not their money.” If a problem is found, Malkin says trustees should make a written request for its rectification.

Further, make sure you understand and are satisfied with everything in your fund’s regulatory and tax return – ask plenty of questions if necessary.

If the fund is markedly under-performing large funds with a similar broad diversification of assets, find out why.

Another thing to watch is for performance that far exceeds the market indices and the median performance of the large funds. This out-performance could be an indicator that your fund is taking excessive risks.

7. Keep a close eye on transactions between members and your fund

These transactions, if not conducted within the strict provisions of superannuation law, are among the most common serious breaches by self-managed funds.

Some SME owners are tempted to use money from their self-managed funds to prop up a family business going through a tough time. Take extreme care not to breach superannuation law.

As Peter Burgess of SPAA emphasises, self-managed funds are barred from providing financial assistance to members or a relative of a member. And although funds are broadly permitted to make loans to members’ related entities within the limit set under the in-house asset rules, Burgess warns there is a “fine line” in superannuation law regarding which loans are permissible.

Investments by a fund, including its loans, must be for the sole purpose of generating retirement – not to provide pre-retirement benefits. Burgess suggests that funds take specialist advice before lending money to a related entity of a member.

8. Be cautious if one member wants your fund to gear investments

While this is a permissible strategy if carried out within the tight legal restrictions, funds can easy get into trouble by getting it wrong. And some funds risk losing much of their value if a costly geared investment fails.

Under the borrowing provisions in superannuation law, a geared asset must be held in trust until the fund makes the final payment. But if the investment fails and the fund stops making repayments, it could lose any instalments to date as well as any interest paid on the loan.

Some funds would gain a false sense of comfort because a super fund is barred from providing any of its other assets as security for the loan. However in reality, some funds devote much of their value to making payments off a geared asset. This means that much of such a fund’s assets could be wiped out.

9. Keep away from wacky assets

Some members use their self-managed funds to invest in extremely high-risk investments that they wouldn’t touch with their personal money.

Chris Malkin of WHK Melbourne says some self-managed funds own such “investments” as decorative saddles for horses and Japanese swords from World War II. And SmartCompany has heard of some extremely wacky investments owned by funds.

Malkin cuttingly asks: “Why are people putting such investments in their funds and not in their own names? It’s because they are whims and not really good investments.” 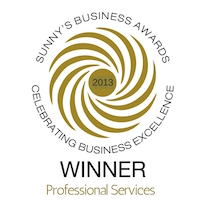 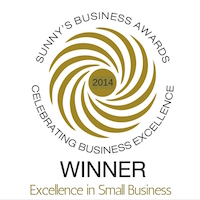 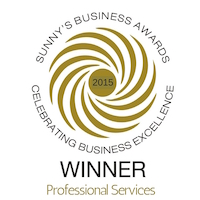